Spring has arrived! Call us today for a free quote and deal with that annoying basement leak!

Before and After Pictures from Unionville

Waterproofing and Stabilizing in Unionville, ON
View Details

Waterproofing and Stabilizing in Unionville, ON

A home in Unionville, Ontario, had a problem located in the cold cellar beneath the front porch. Water was seeping in through a crack in the front porch slab, and the slab was not stable. This was a problem because the house smelled very musty due to the leakage, and nobody could stand on the front porch because it was unstable. The home was a daycare facility and children are coming in and out of it every weekday. The health and safety of the children was at stake.

The owner contacted Clarke Basement Systems for a solution. Jose Martinez and the crew came in and installed CleanSpace® wall membrane on the walls to capture any water and moisture. They established a WaterGuard® to collect any water seepage and push it away from the home, and SmartJacks™ were used to make the repairs and stabilize the porch slab.

Water Seepage in Cold Room in Unionville, ON
View Details

Water Seepage in Cold Room in Unionville, ON

Homeowners in Unionville, ON, were having water seepage issues in their cold room. Water was leaking from the walls and ceiling. System Design Specialist, Ron Monk, concluded that our patented Crawlspace Encapsulation System would be the exact solution to permanently waterproof their cold room. By using CleanSpace®, WaterGuard® and a SmartSump®, we were able to fix their cold room for good! Now, the homeowners no longer have to worry about any future water entering their cold room.

Eliminating Water Seepage in Markham, ON

Our customer had water seeping in through one side of their finished basement. The water had started to damage the carpet and baseboards. We installed WaterGuard® Sub-Floor Drain with a SuperSump® Premier Sump Pump System. An IceGuard® Discharge Line System was added to collect water from the ThermalDry® Wall Membrane and discharges the water into the sump pump system. A WellDuct® Window Well Drain was also installed to remove water from the window well and drain it into the WaterGuard® system.

I would recommend Clark Basement Systems to anyone who requires work to be done in their basement....
Testimonial from Sally from Markham, ON
Happy Customers Surrounding Unionville, ON
Testimonials
Reviews
Work Requests

We will properly install a hidden drainage system in your Unionville basement and completely encapsulate your crawl space with CleanSpace vapor barrier. We are here to solve the problem for you.

Foundation repair problems destroy your Unionville home’s value and can be dangerous. Our in-house team of structural and geo-technical engineers are here to help. We design and install the right solution and usually have the project finished in less than a week. You will have peace of mind as we provide a 25-year written warranty against defects on our foundation products.

The sunken and cracked concrete around your Unionville home is both an eyesore and a safety hazard. It is also likely to get worse with time, but we can fix it for you! 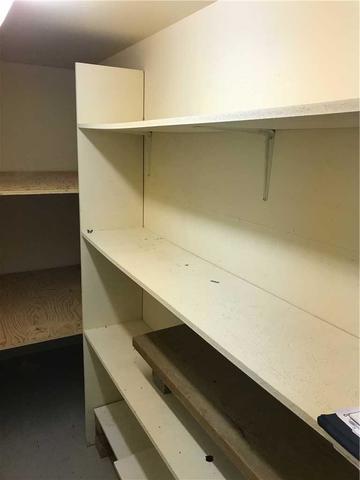 Homeowners in Unionville, ON had a cold room which was leaking from the ceiling and walls. The cold room was initially used for storage, but due to...
Click to read solution...

Homeowners in Markham, ON had just moved into their new home a few months ago. They were planning on renovating their basement until they discovered...
Click to read solution... 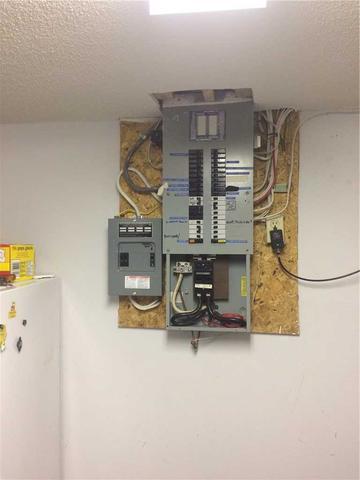 A home in Markham, Ontario, had water coming out of electrical panel into the basement. Not only was the basement floor getting wet, but water...
Click to read solution...
More Case Studies
Photo Galleries From Unionville

Trevor, Adam, and Rashidi installed the system and completed the job.

Homeowners in Unionville, ON, were having water seepage issues in their cold room. Water was leaking from the walls and the ceiling, where they kept their storage.

They had to move the storage to the basement, which was a considerable inconvenience and continuously got in their way. They knew that to reclaim their cold room, they needed to fix their water leaking issues!

Ron Monk inspected the house and concluded that we would need to install our patented Crawlspace Encapsulation System which included a SmartSump®, WaterGuard® and CleanSpace®.

Once Ron had come up with the perfect solution, the homeowners were ecstatic to move forward with the process. Soon after, Installation Foreman, Jose Martinez and his team attended the home to install our patented products.

Jose Martinez had removed all shelves, wall and ceiling materials in the cold room to gain access to the concrete walls. Then they installed our WaterGuard® drainage system, which connected to our SmartSump®, as well as our CleanSpace® Wall Membrane System.

Once the work was complete, the homeowners were relieved to be able to use the cold room again. They could now store their belongings and not have to worry about any future water seepage issues.

Stop Water Seepage in Aurora, ON

Mark B. and his family recently moved into their new home in Aurora, ON. Once they got settled in and they were excited to start renovating, Mark noticed that the basement was damp. To him, this was going to be a HUGE issue, as he wanted to renovate his new home's basement as soon as possible to create more living space. In his previous home in Unionville, ON, he had similar issues with water seepage. Clarke Basement Systems fixed those issues, so he knew he had to call us again.

Our System Design Specialist, Chris Luke fixed his home's water seepage issues in Unionville and was called again to diagnose the issue at his new home in Aurora. After inspection, Chris noticed that the area of concern was the back wall. Water was seeping through the foundation walls and pooling on the basement floor. Chris put together a plan that would not only fix the issue, but also give Mark the peace of mind of knowing that he could renovate his basement without damaging any new additions. The plan consisted of a ThermalDry™ Wall membrane that would drain all the wall's water into our patented Waterguard® trench system. All the water would then flow from the Waterguard® trench perimeter and into our patented SuperSump® Sump Pump. This sump system would then pump all the water out of the basement and away from the house, leaving it dry. The ThermalDry™ Wall Membrane not only funnels the water to the Waterguard® system, but it also improves comfort and energy efficiency by reflecting heat back into the basement.

There's no doubt that Mark and his family can now enjoy a dry, healthy basement and begin their renovations.

Damaged Concrete in Unionville, ON

Our customer had removed a large tree from their property causing their concrete walkway to settle. The roots of the tree had been pulled out creating large voids under the concrete weakening the soil and allowing for settlement to occur. Our customer was concerned that the sloping pavement could pose a severe trip hazard and would cause water to pool at the foundation of the home.

A meeting was set up with Project Lead, John DiNicolantonio. He proposed to inject Polyurethane. Our polyurethane is injected beneath the settled concrete and compresses the loose soils, lifting the slab. Foreman Kyle began by drilling dime-sized holes through the concrete and then inserting the Polyurethane.

We offer an affordable alternative to fix sunken and settled concrete without the need of replacing or ripping it out. Our customer is pleased we were able to correct the slope of the walkway and remove all of the trip hazards.

Waterproofing and Stabilizing in Unionville, ON

The owner called Clarke Basement Systems to fix the problems. Jose Martinez and the crew came in and installed Cleanspace wall membrane on the walls to capture any water and moisture. They installed a WaterGuard to collect any water seepage and push it away from the home and SmartJacks were used to make the repairs and stabilize the porch slab.

Work Requests From Unionville, ON
Vicinity of Emmeloord Cr in Unionville

We have a drainage problem along the side and back of our home.
Vicinity of Ritter Crescent in Unionville

Looking for a window well solution for one or more windows. Currently have steel window wells. Top of basement windows is ca. 7 inches above grade. Windows are fine, replaced 2014, but I am looking for a better solution than the MacCourt product sold at Lowes, Home Depot and Rona.
Vicinity of Longwater in Unionville

We have water damage in the back corner of our basement. We had the foundation repaired a couple of years ago...and now there seems to be water in the same spot. Looking to find the source of the water (once and for all) and to resolve the issue
Vicinity of Foxmeadow Lane in Unionville

Patterned concrete sinking by front steps. This issue is getting progressively worse over the last few years. This year visitors have trouble stepping on the front stairs leading up to the front door. Need it assessed. Thank you Craig & Marsha Winsor
Vicinity of Carlton Road in Unionville

We are a business in Unionville and we have a leak in our basement. Could we please have someone come out and look at it. Thank you. Enid
Vicinity of Stanford Rd. in Unionville

I'd like to get an estimate to repair a leaky basement room and cold room. Please give me a call on my cell phone.
Vicinity of Pinebrook Hollow in Unionville

I have water seepage into my furnace room in the basement. I suspect an external repair is needed as I dug outside and found wet clay all around the affected wall area.
Vicinity of Aitken Cir in Unionville

I would like to get a quote to repair some cracks in the exterior foundation. You did work for me a couple of years ago and I was very satisfied. Thanks
Vicinity of Hemingway Crescent in Unionville

We have effloressence coming through the cinder block wall in the basement (which is unfinished). Need someone to assess if there is water leakage and what the fix is and cost.
Vicinity of Station Lane in Unionville

Hi - I'm looking for a window to be installed in the basement that will allow a 2nd fire exit as there is a basement bedroom. I just bought the house and it was like this but I can't use it as a fire escape. Do you have such a thing and are able to install? Please advise if you can give a free estimate? Thanks!
Vicinity of Holbrook Court in Unionville

I have a wet smell in the basement and wondered if you have a tool that determines if its from water/mould. thanks you can also call me at
Vicinity of LibraryLane in Unionville