Spring has arrived! Call us today for a free quote and deal with that annoying basement leak!

Before and After Pictures from Richmond Hill

Leveling a Pool Deck in Richmond Hill, ON
View Details

Leveling a Pool Deck in Richmond Hill, ON

Using our PolyLevel® Injection, we were able to lift this pool deck so that it would be level with the concrete coping and remove numerous trip hazards.

A house can be more than just a family home. They act as businesses, apartments and sometimes even specialized care facilities. No matter what the building is used for, it must remain safe and useable.

A customer in Richmond Hill, Ontario, operates a home for developmentally disabled adults. Safety is an essential aspect of keeping the facility running smoothly, but unfortunately, they were dealing with a water issue in the basement. This was threatening the home and its residents with the chance of mould growing in the basement, and their belongings were often found to be wet.

Looking for a solution before the winter began, the customer reached out to Clarke Basement Systems. He met with System Design Specialist Ben Wallis and they inspected the basement and cold room. Ben discovered water was seeping in from the wall and floor joint and designed a system to keep the basement totally dry.

Foreman Jose Martinez started by digging a pit for the SuperSump® Pump. When the pump is below the grade of the floor it catches water from the WaterGuard® Drain and drainage stone, pumping it out of the basement. Jose installed the SuperSump® with an UltraSump™ Battery Backup for extra peace of mind.

Jose then encapsulated the area with CleanSpace® Vapour Barrier, and Foreman Don Clarke installed a SunHouse® Shallow Well to let in light and help with drainage.

The customer and the home’s residents are happy that their basement and cold room is dry. The house is once again safe, and the residents can live without the worry of a flood in the basement.

An essential job of a house is to keep its residents safe. Whether it’s a stable roof, insulated windows, or a dry basement, every part of our home plays a role in its safety. When something is causing you to lose trust in your home, it’s time for a change.

A customer in Richmond Hill, Ontario, runs a home for developmentally disabled adults. He noticed water was entering his basement, and it was taking its toll. A musty smell was present, and the homeowner was concerned about the growth of mould. He reached out to Clarke Basement Systems in search of a solution.

System Design Specialist Ben Wallis knew exactly what to do in this situation. He inspected the home and designed a waterproofing solution to protect the customer's home and ensure the health of its residents.

Foreman Jose Martinez started by excavating the perimeter of the basement and cold room before installing our WaterGuard® Drain System. He encapsulated the area with CleanSpace® Vapour Barrier, which funnels water down to the WaterGuard®. He also installed a SuperSump® Pump and UltraSump® Battery Backup. Since exterior drainage was also an issue, Foreman Don Clarke installed a SunHouse® Shallow Well Window.

The customer is happy knowing he no longer has to worry about mould growing in his basement. His home is protected from the effects of moisture, and he has peace of mind knowing any water that does make it into the basement will be removed efficiently.

Professional Basement Waterproofing and Sump Pumps in Richmond Hill, ON

At Clarke Basement Systems we put customer service first and are proud to serve our area. Our team of trained technicians use only high quality materials from the best manufacturers in the business to ensure that you get only the best results. We want to find the solution that will work best for you!

For problems in your basement's waterproofing, you need the experts at Clarke Basement Systems to come up with a solution that will be high quality and long lasting. Most waterproofing issues are caused by leaky pipes, sump pump failure or even flooding during heavy rainfall. We have the patented products to turn an unsafe, dirty basement into a clean, beautiful part of your home! Not sure if you have a waterproofing problem? Some of the major indicators are:

Expert Foundation Repairs and Concrete repair in Richmond Hill, ON

If you have cracked, uneven concrete on your floors, sidewalks, or patios, then you need the professionals at Clarke Basement Systems to install our PolyLevel Concrete lifting, NexusPro cracked concrete repair, and SealantPro concrete sealing solutions.

The PolyLevel solution is injected under the concrete to raise it to the right height, making it a faster, easier, and more cost-effective solution, not to mention it lasts longer than traditional methods.

Our SealantPro concrete sealing solution guards against oil, gasoline, liquids, and debris to effectively extend the life of your slabs by 3 to 5 times overall in just one quick application. SealantPro is versatile and can secure your concrete regardless if it was just repaired or newly installed.

Crawl Space and Mold Repairs in Richmond Hill, ON

As a part of the house that can often be neglected, a crawl space can become a breeding ground for mold, mildew, and even small animals or other pests if left unchecked. When this happens, trust the experts at Clarke Basement Systems to install vapor barriers, thermal insulation and dehumidifiers to turn your dirty, musty crawl space into a healthy, energy-efficient space.

Mold can be a silent killer in your home which is why you should have your home inspected regularly. Wood rot can also be a huge problem because when left unchecked, it can eat through wood, making it incapable of holding up the floor above the crawl space. We can install crawl space jack posts to correct sagging beams and keep your home a safer place.

Clarke Basement Systems is committed to customer service because we are proud to serve our area. Let our team of knowledgeable staff and skilled technicians find a solution that will work for both your home and your budget. Call us today for a free estimate!

Get a Free Estimate! 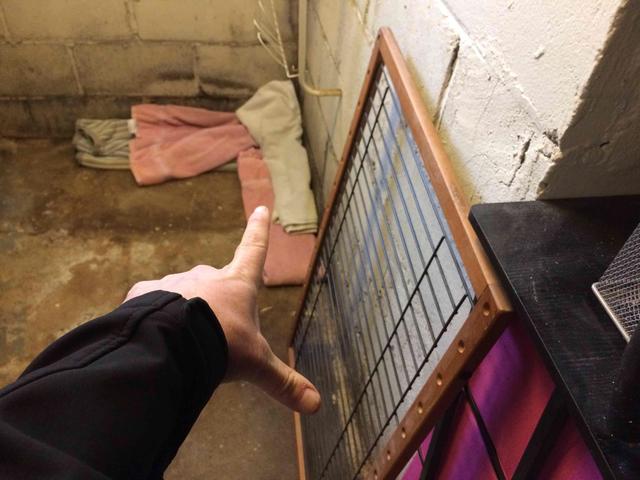 Having something hanging over your head can take a toll after a while. The thought never entirely fades away, and you're left with the anxiety of...
Click to read solution... 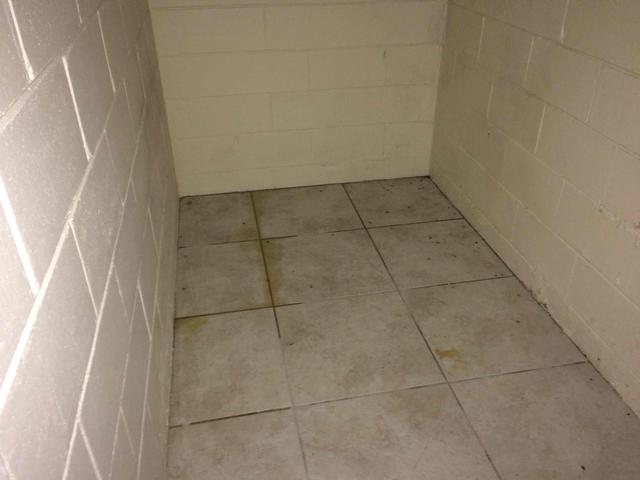 When you think of a cold room, you typically think of that small, musty room in your basement. You’ve never been able to use the space for...
Click to read solution... 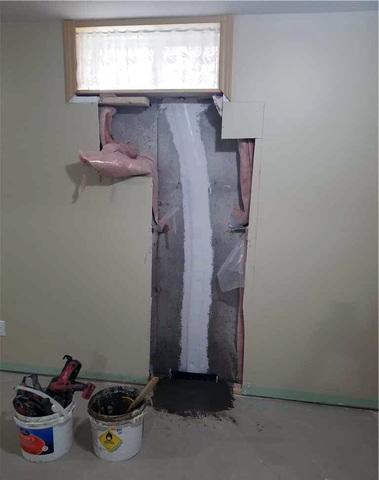 Walking into your basement and finding water damage is a worst-case scenario. It can be costly and difficult to find where the water is coming in,...
Click to read solution...
More Case Studies
Photo Galleries From Richmond Hill

Leveled the perimeter of a pool deck in Richmondhill

Pool Deck was not leveled, causing potential trip hazards when entering the pool

Clarke Basement Systems provides a lost-lasting solution for your leaking basements. Water had been seeping in through floor-wall joints around our customers home in Richmond Hill, Ontario. The water had damaged their stored items affecting their standard of living.

Our customer is happy to know that our systems will protect their basement from water seepage. Thanks to Clarke Basement Systems their peace of mind is restored!

A home in Richmond Hill, Ontario, had a heaving foundation in the Garage because of frost and was sinking due to improper soils. This was damaging the home's foundation and causing cracks in bricks. The homeowner was worried the Foundation wouldn't hold the house from falling down.

The customer was satisfied that they no longer have to worry about damage to the foundation.

Rotting joists underneath floors. House has large crawl space and no basement.
Vicinity of Regatta Ave in Richmond Hill

Crack where brick meets the foundation where exposed at the back half of the side of the house. The house is on a decline (lookout basement - not quite a walkout)
Vicinity of Laurier Ave in Richmond Hill

I have a sump pump that is over 10 years old it is very noisy when it runs, there is no alarm or back up in the event of an issue. My basement is finished and I want to ensure their are no risks by upgrading the system. It's also open so you can see the standing water it's not an enclosed system.
Vicinity of Waterton Crescent in Richmond Hill

We have a crack in the basement interior that needs to be filled in. Also visible from the outside to be repaired. Would like to get an estimate on cost to repair.
Vicinity of Black Willow Crt in Richmond Hill

Small crack in foundation is leaking small amounts of water under the stairs in the basement. Looking for a quote for injection repair.
Vicinity of Bishopsbridge Crescent in Richmond Hill

My basement is leaking. I know the area but I don't know if it is foundation or window
Vicinity of Harrygan Crescent in Richmond Hill

Have a crack in block foundation at the back of our home that occasionally leaks when heavy rain occurs. Water come in a two different locations. Also have cracking and minor settling of concrete garage floor that could use lifting/leveling.
Vicinity of Silver Linden Dr. in Richmond Hill

I have a winter block foundation, there are cracks in it. The current house is a single story, I am looking to renovate and add a second story. Can you give me an estimate to repair the basement walls? Please advise, Thank you
Vicinity of Peninsula Crescent in Richmond Hill

Condensation developing on metal ceiling of cold room; amount of condensation on ceiling which drops to the ground has recently increased.
Vicinity of Painted Rock Ave in Richmond Hill

We have a crack in the wall foundation of our basement due to the excessive rainfall we received on January 11th. We are looking for an internal solution only at this time. The crack is also on the exterior of our house. We would not mind an opinion on the exterior.
Vicinity of Theobalds Circle in Richmond Hill

Cracks in foundation resulting in Water leaking into the basement.
Vicinity of White Lodge Cresent in Richmond Hill

Leak in the basement
Vicinity of Lexi in Richmond Hill