A home in Ashburn, Ontario had an outdated sump pump that the homeowners felt was unreliable. They were worried it was too old and outdated to do the job of protecting the home from flooding. They had made theyre own pipes for water that was pooling in the crawlspace to move through which was not properly doing the job. They did not want to leave their home for long periods of time incase the sump pump failed. This worry of the basement flooding was restraining the homeowners from vacationing or relaxing.  They called Clarke Basement Systems and talked to Chris Luke, who explained to the customers what the we would do to fix their problem. He confirmed that the previous system they had would eventually fail them.  The team came in and installed our Triple Safe sump pump in place of the old sump pump and two Iceguards on the outside of the home. The TripleSafe sump pump gives them three levels of protection and has a back up battery in case of a power outage. The Iceguards give protection in the cold winter months so they do not freeze and back up the system. Now the customer can sleep soundly at night and go away without having to worry about the sump pump failing and their basement flooding. 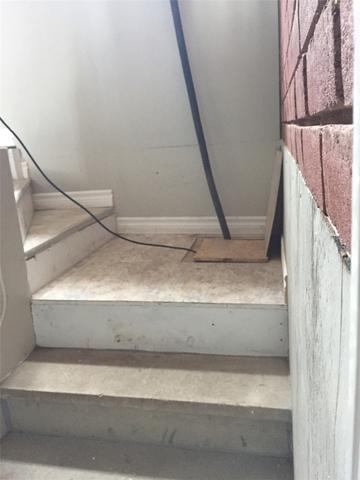 The basement stairs had pipes running up the wall and out the window which were not doing the job or pleasing to the eye. 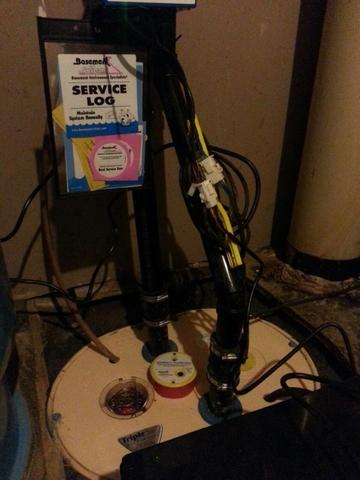 Installation of the TripleSafe Sump Pump. 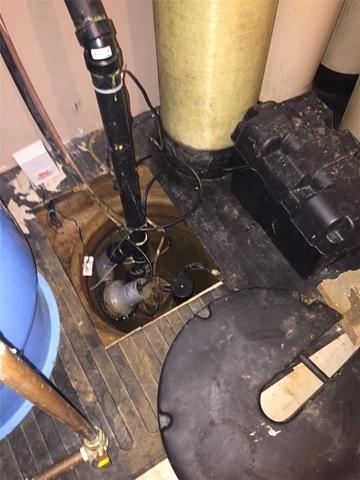 The unreliable Sump pump before we replaced it. 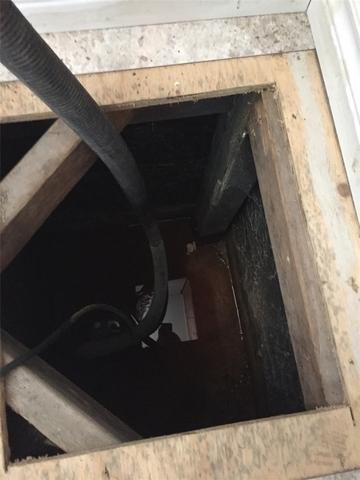 The made up pipes that were not doing the job when water started pooling. 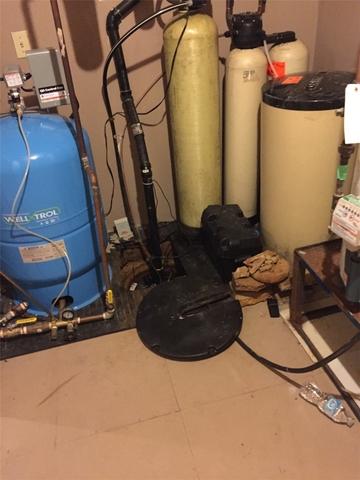 old sump pump system that needed to be replaced.