Installing efficient and cost-effective sump pumps is an important part of keeping your basement (or crawl space) dry. We offer sump pumps with battery back-up systems that will provide you with continued service even if the power goes out. 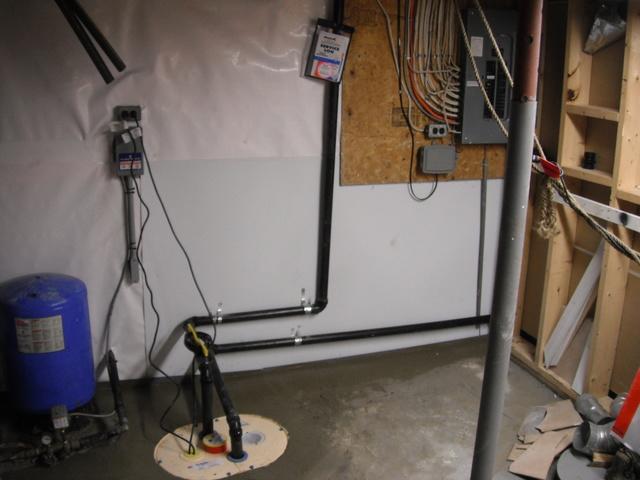 The Sump Pump is a critical part of basement waterproofing, as seen here, freshly installed. The cement is in the process of where the drainage system was installed around the perimeter of the basement and around the new Sump Pump. 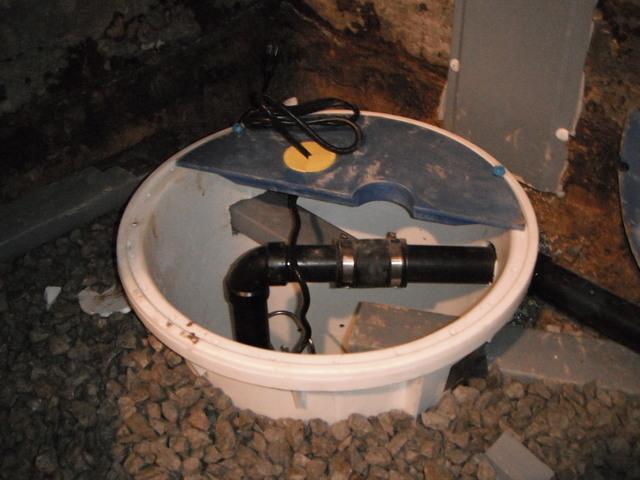 A newly installed Super Sump Pump complete with a cast-iron Zoeller pump to prevent water accumulation caused by heavy rain. This particular Sump Pump even has a battery back-up in the event of a power outage. 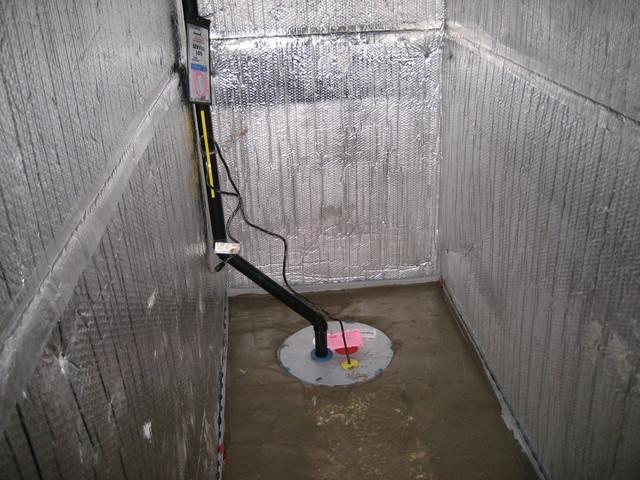 This basement will be both dry and warm with the addition of SilverGlo wall insulation and a SuperSump Pump. Silver Glo will prevent moisture, water vapor, and humidity from entering a basement, while radiating heat back into the space. Made from inorganic materials, SilverGlo will not hold moisture or allow for rot, mildew, or mold to grow within the panels. The drainage system placed at the foot of the SilverGlo panels under fresh concrete will allow for any moisture to drain to the SuperSump Pump and exit the basement. 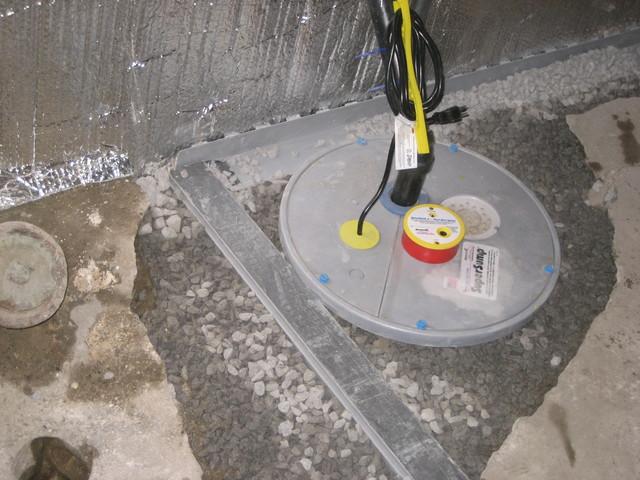 A newly installed SuperSump Pump will keep this basement dry and waterproofed for years to come. The drain system, which will collect any moisture prevented from entering a basement by the SilverGlo wall panels, can be seen here but will be covered by new concrete for a seamless and more finished look at the end of the job. 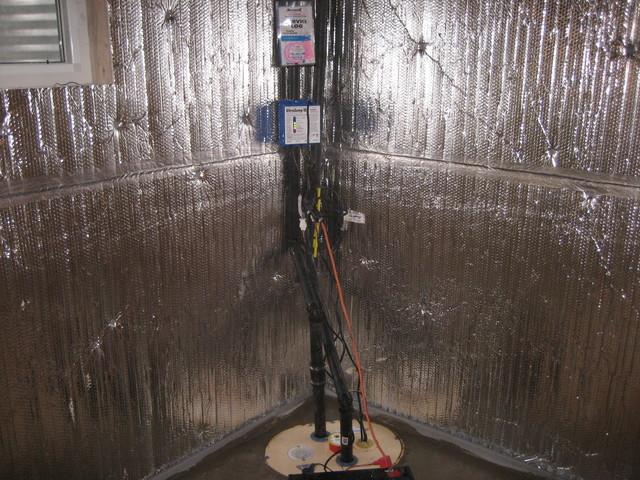 A TripleSafe Sump Pump was installed to keep this Toronto basement dry. The name "TripleSafe" comes from the sump pump design that incorporates a second pump if the first pump fails, a more-powerful second pump to run concurrently with the first when help is needed during heavy storms with high rainfall, and a battery-backup sump pump in case the power goes out. In addition to the ThermalDry Walls, which will keep additional moisture and water vapor out of the space, this basement will remain dry in the worst conditions. 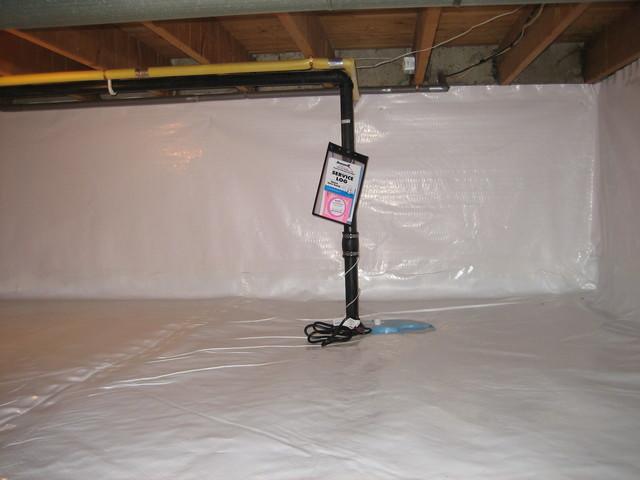 This homeowner will surely have a dry crawlspace after having CleanSpace Vapor Barrier installed that will trap moisture, water vapor, and humidity that come from dirt and cement. Water will then be collected in the drainage system and forced out of the space via the sump pump. 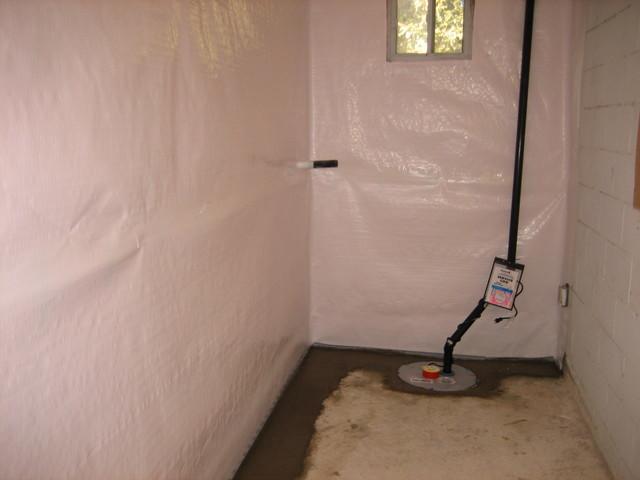 This homeowner will have a dry basement with the combination of CleanSpace Vapor Barrier and a SuperSump Sump Pump. The Vapor Barrier will prevent humidity, moisture, and water vapor from entering the basement space. Water will collect in the drainage systems installed around the perimeter of the basement and then will be pumped outside by the sump pump. 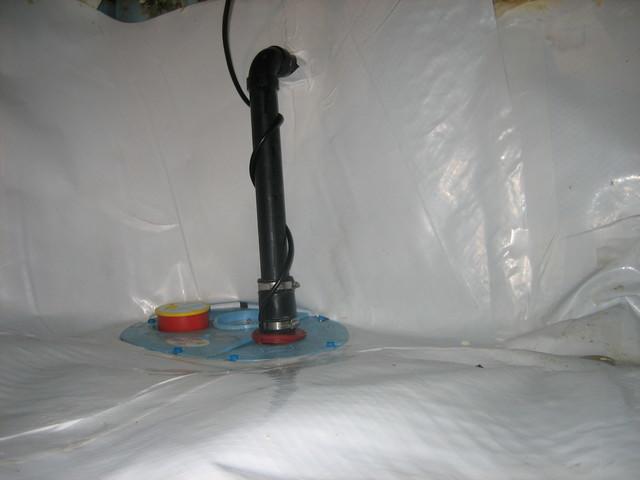 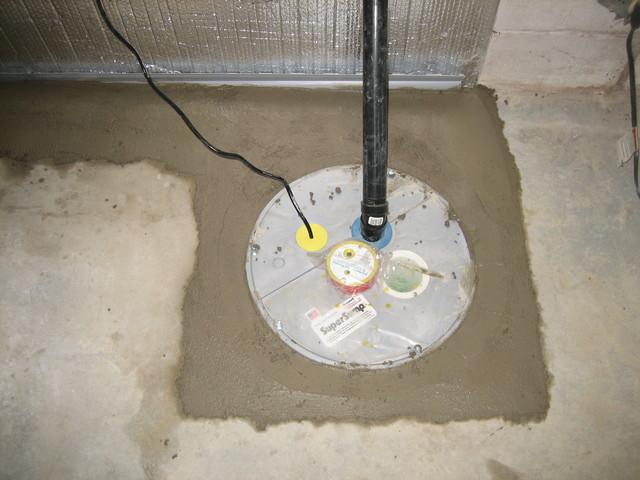 This basement has been outfitted with a SuperSump Sump Pump to give this homeowner all their waterproofing needs. The SuperSump has a cast-iron Zoeller pump, a WaterWatch Sump Pump Alarm in the event of pump failure, a sturdy liner, a CleanPump stand to elevate it out of sediment, a check valve to prevent backwash of pumped water, IceGuard Discharge line protection, an air-tight basement floor drain in the top cover. 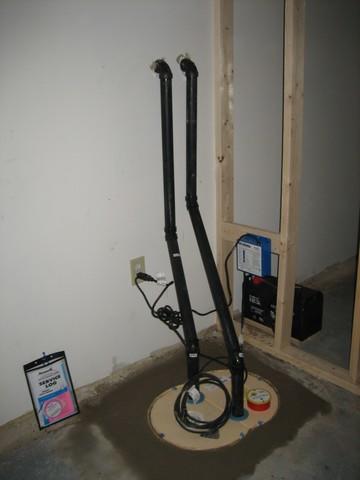 This basement is now waterproofed with the ilstallation of the TripleSafe Sump Pump. The TripleSafe Sump Pump protects against three scenarios for sump pump owners: 1. If the pump fails, the second pump will take over 2. If there is a large amount of water to pump, the 2nd pump will assist the first pump and more than double the pumping capacity 3. If the power goes out, the back-up battery sump pump wil turn on automatically. 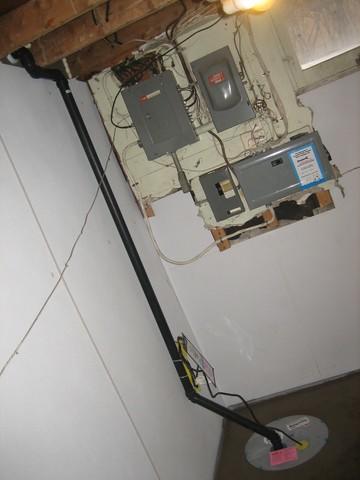 The installation of this SuperSump Sump Pump in this Toronto basement will solve all waterproofing needs. This sump pump is capable of pumping 2220 gallons of water per hour at an 8-foot discharge head, resists clogging, and can pump up to half-inch solids. 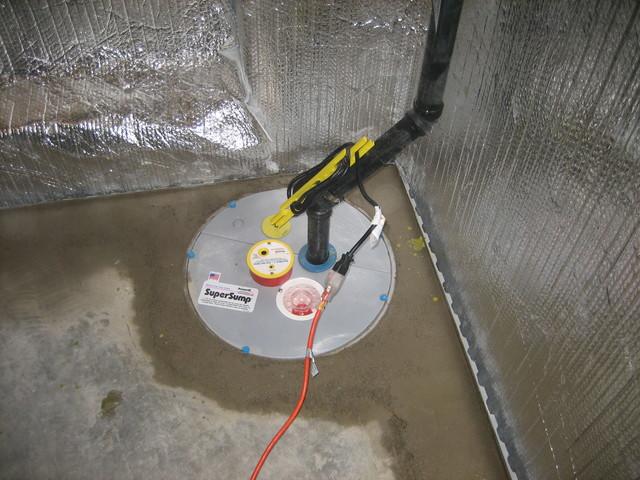 The drainage system installed under the basement floor will lead to this SuperSump Sump Pump and make this basement dry and waterproof. 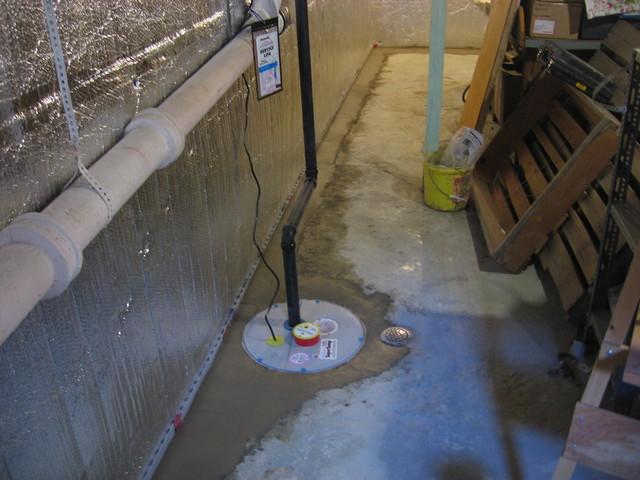 Basement waterproofing was achieved through the use of ThermalDry Walls and a SuperSump Sump Pump in this Toronto home. 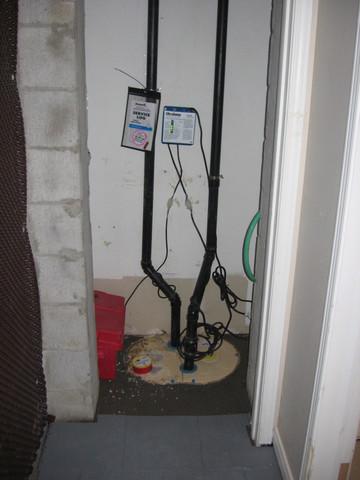 The installation of the TripleSafe Sump Pump has solved this basement's waterproofing problems. 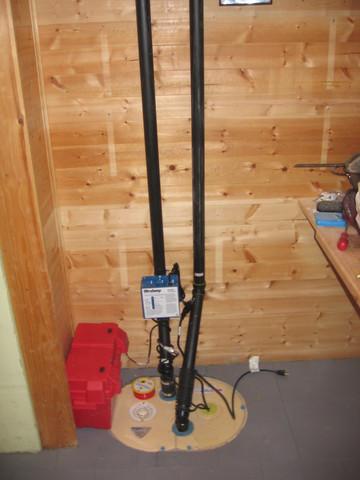 The installtion of this TripleSafe Sump Pump will make sure this Toronto basement stays waterproofed. The TripleSafe Sump Pump includes a second pump in the even the first pump fails and also if heavy rainfall requires additional pumping. The sump pump also has a battery back-up if the power goes out. 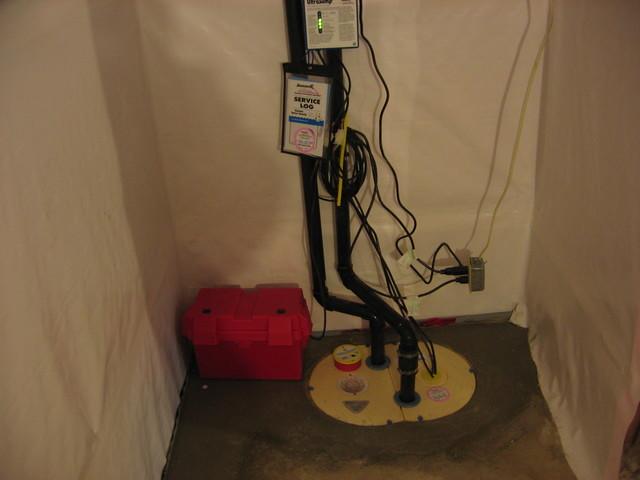 The installation of the TripleSafe Sump Pump makes this basement waterproof and ready for the next storm or heavy rainfall. 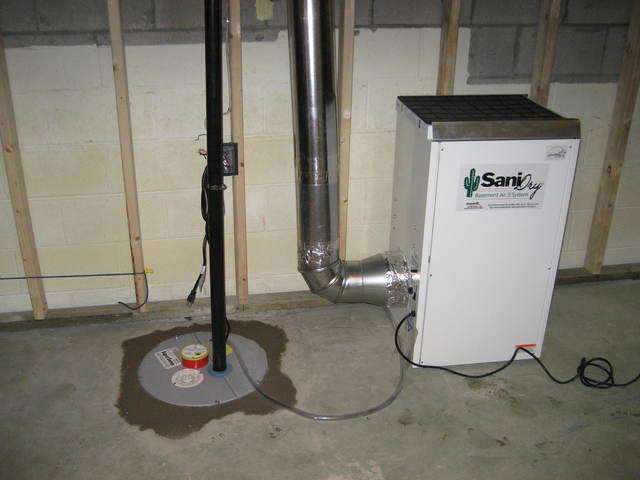 A new SuperSump Sump Pump in this Toronto Basement will keep water from accumulating during bad weather and keep the space waterproofed. 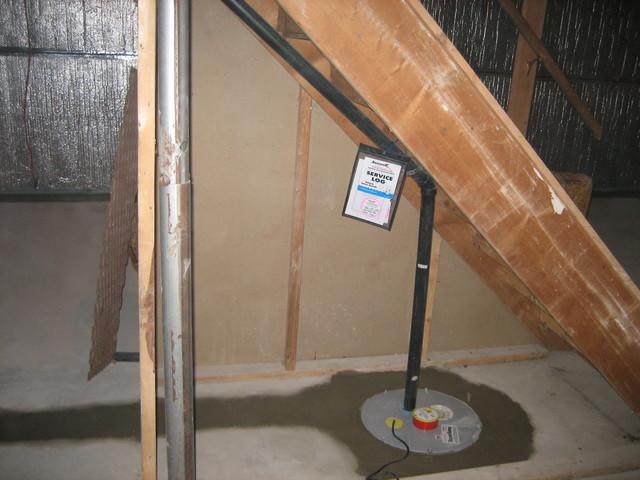 The installation of this sump pump will help with this homeowner's basement waterproofing needs and is keenly hidden from sight under the stairs. 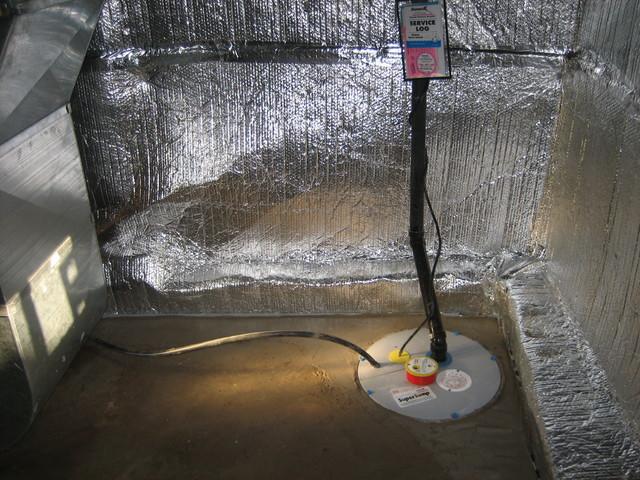 This Toronto has all its basement waterproofing need met with a SuperSump Sump Pump and ThermalDry Walls working together to prevent moisture from entering the home, retaining heat and energy, and removing water after heavy rain storms.