Service Area
Free Quote
Home»Service Area»Services in Gravenhurst, ON
Contact Us For
A Free Estimate!
Reviews From Gravenhurst
See All Reviews
Products & Services

Before and After Pictures from Gravenhurst

Push Pier Installation in Gravenhurst, ON

Our customer had big plans to add a second floor on top of their cottage in Gravenhurst, Ontario. Unfortunately, their dreams were put on hold when they found out the current foundation of their cottage would not support the extra weight.

Luckily, Foundation Support Works of Ontario provided a permanent stabilizing solution! 22 Push Piers were installed beneath the home to strengthen and support the added weight of their addition.

We are very impressed with the entire job and the performance of the crew and how quickly they completed the...
Testimonial from Irene from Gravenhurst, ON
Happy Customers Surrounding Gravenhurst, ON
Testimonials
Reviews
Work Requests

We will properly install a hidden drainage system in your Gravenhurst basement and completely encapsulate your crawl space with CleanSpace vapor barrier. We are here to solve the problem for you.

Foundation repair problems destroy your Gravenhurst home’s value and can be dangerous. Our in-house team of structural and geo-technical engineers are here to help. We design and install the right solution and usually have the project finished in less than a week. You will have peace of mind as we provide a 25-year written warranty against defects on our foundation products.

The sunken and cracked concrete around your Gravenhurst home is both an eyesore and a safety hazard. It is also likely to get worse with time, but we can fix it for you! 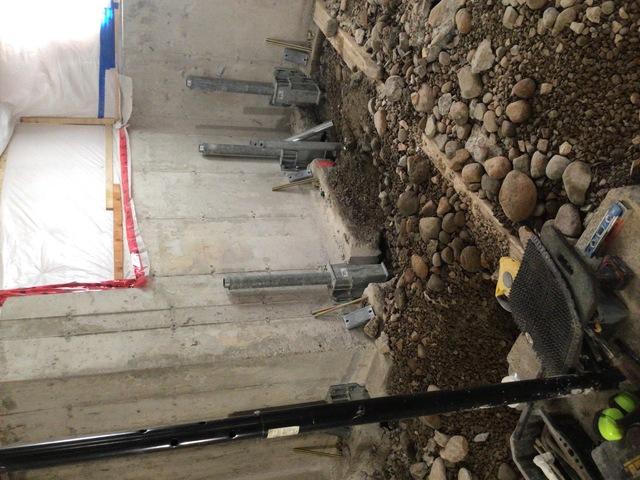 Homes start from the bottom up, so ensuring you're starting on the right foot is vital. The wrong foundation or fill materials can lead to...
Click to read solution... 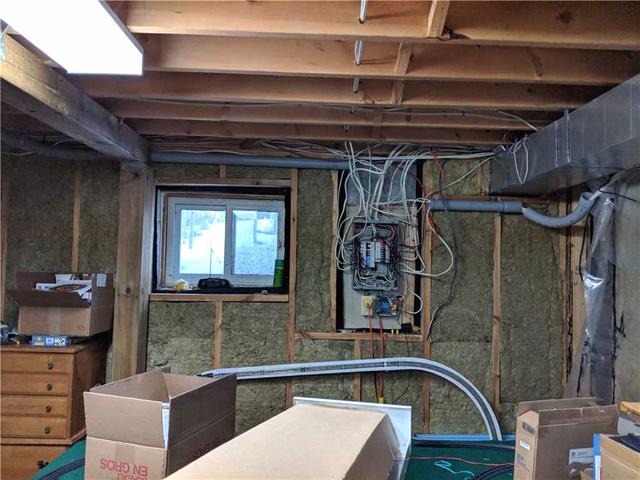 Becoming a grandparent is a huge milestone for anyone. You get to see your child have one of their own, and you can watch your legacy grow into...
Click to read solution...
More Case Studies
Photo Galleries From Gravenhurst

Cottages have a reputation of having foundation issues. Unfortunately for our customer in Gravenhurst, Ontario, their cottage was built on unstable soil surrounding a swamp. They had big plans to add a second floor shortly but needed the foundation stable enough to handle the extra weight.

After examining the foundation System Design Specialist, Robert Langton recommended to our customer that our team must install 22 Push Piers to stabilize the foundation. Push Piers are straight, steel piers that attach to the foundation wall and extend far below the structure and are attached to firm, stable soil or bedrock.

The cottage is now permanently stabilized and prepared for the added weight of the second floor. Our customer is happy and relieved to have the new Push Piers installed.

I just purchased a cottage and have had two instances of water coming into the basement along the North exterior wall. No a significant amount, but enough that the carpets are wet and there was some standing water in the utility room. I cannot tell if the water is snow melt, a poor drainage system from my waves or something more concerning. Look forward to hearing back from you.
Project Location: Gravenhurst, ON

Hello: I have a cinder block foundation wall and they are starting to lean. Please call me so we can discuss. Thank you
Project Location: Gravenhurst, ON

Hello I'm looking to have my basement crawlspace encapsulate.
Project Location: Gravenhurst, ON

Do you do crawl space encapsulation?
Project Location: Gravenhurst, ON

I have a crawl space I would like to encapsulate so I can heat it and winterize my place. Do you do this type of work?
Project Location: Gravenhurst, ON

I have a crawl space at my cottage and water is seeping down the granite into the basement. I have a sup pump but I am facing moisture problems. I was hoping you could come out and quote the work?
Project Location: Gravenhurst, ON

Basement has been leaking for years, now is the time to make it into livable space for future sale
Project Location: Gravenhurst, ON

Have a ~1000 square foot home in Gravenhurst and need to add insulation and replace the vapour barrier in the crawlspace (no basement). Wondering what cost would be for a job like this. Thanks.
Project Location: Gravenhurst, ON

We have patIo slab at our back door that has sunken considerably along with adjoining sidewalk. Just wondering if I have to break it all up and redo or if it can be lifted.
Project Location: Gravenhurst, ON

Lake Muskoka 4 seasons cottage, heated year round, built in the late 1950s. About 1000 square feet. Dirt crawl space about 3 feet high, about 6 feet above lake water level, on sand and clay. In early spring some water will pool in crawl space. Musty (mouldy smell, high humidity even in the winter)
Project Location: Gravenhurst, ON

House is very old. (+100 years) 2-3/4 storey Victorian. Stone foundation appears to be caving on one corner. Concrete parging is buckled and dirt is sifting in. Previous owners decades ago cut supporting floor joists (I think) to make a stair access to the basement and compromised the support. I would like to know if the steel support beams would rectify the situation. Would like to arrange an inspection and a quote. I have owned the property for about 15 years. Look forward to your reply. Cheryl Hunter
Project Location: Gravenhurst, ON

We recently found that our weeper is crushed about 6" into the sump pit. As we noticed our pump hasn't been going off as often as it probably should. We also have a lot of seepage coming up through the cracks in our floor. Our house is only 3 years old and we are located on a very high water table. What would be an approximate cost/quote to fix this issue?
Project Location: Gravenhurst, ON

The back of my cottage is rotting because the joists sit on the granite. My floor is no longer level. I also have a mold issue which will repair itself once the foundation is off the ground. Please contact me. at your earliest convenience. Thanks.
Project Location: Gravenhurst, ON