A home in Toronto, Ontario had problem in the basement along the back wall and corner of the home. The home foundation was settling. If it continued it would cause damage to the rest o the home and could become structurally unstable. The homeowner noticed a step cracking in the block foundation wall. The foundation could become unstable, damageed and also could adversely affect the value of the home should they decided to sell. The customer called Foundation Supportworks to come in and fix the problem. Ron Monk explained the process that would be done to fix the home. Shane O’Rourke and his team came in and used Push Pier Vertical Assembly. The push pier assembly is installed with a heavy bracket connected at the bottom of the foundation. The pier is pushed into the ground until the equipment measure that it has hit solid bedrock. At that time the homes weight is transferred to the pier and off the failing soils. The customer was satisfied because the home was stabilized and further damage to the home was prevented. 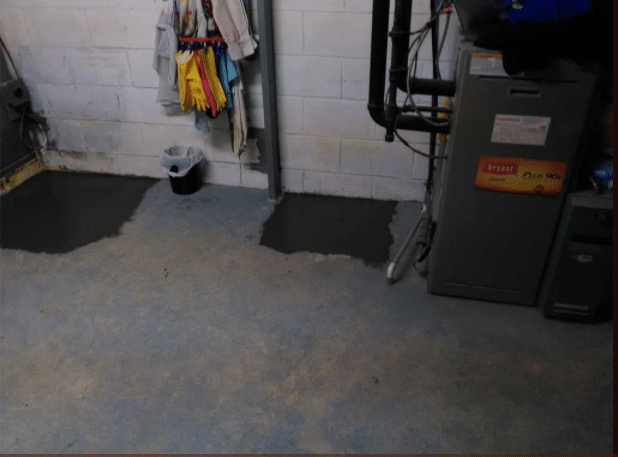 After the job was complete we covered the holes with concrete. 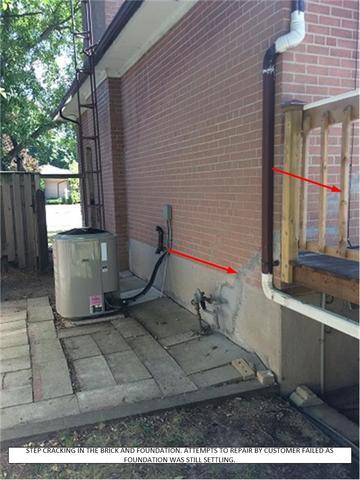 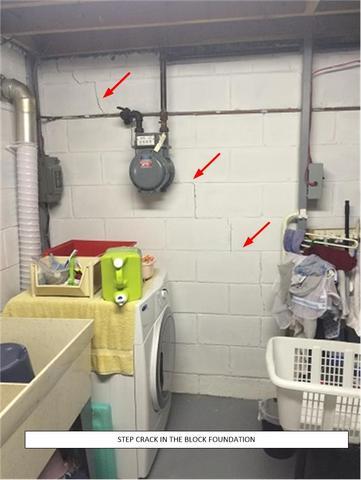 Cracks from outside the home are also on the inside. 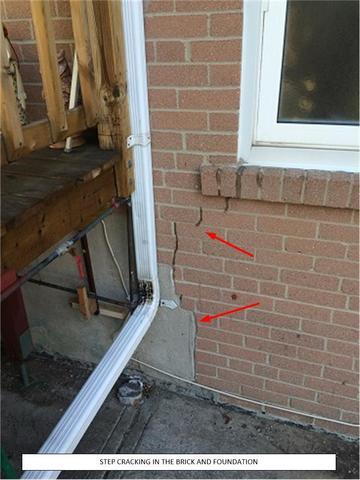 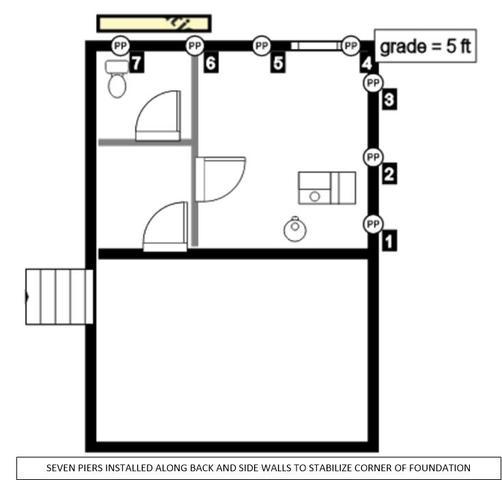 Diagram of the 7 Piers that were installed. 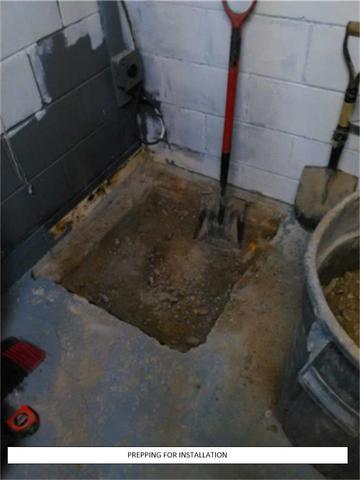 Digging needed to be done to prepare for the push piers. 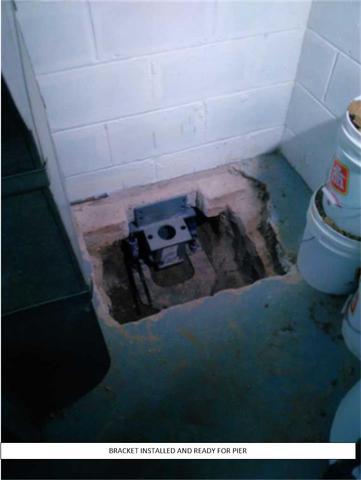 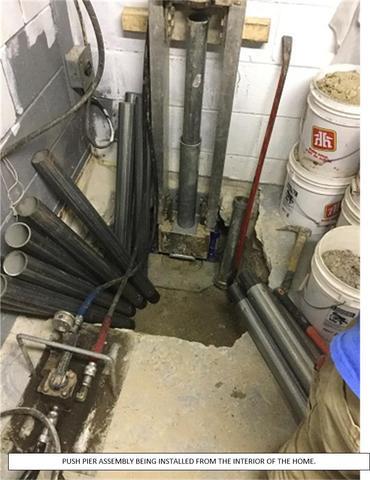 Push piers being installed from the interior of the home.

Before & After Photos: Foundation Settling Causing Damage to Whole Home in Toronto, ON
Back to Previous Page