Window Well in Toronto, ON 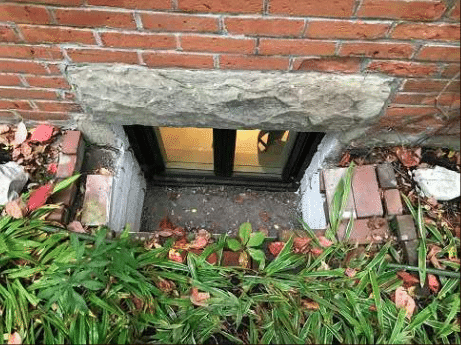 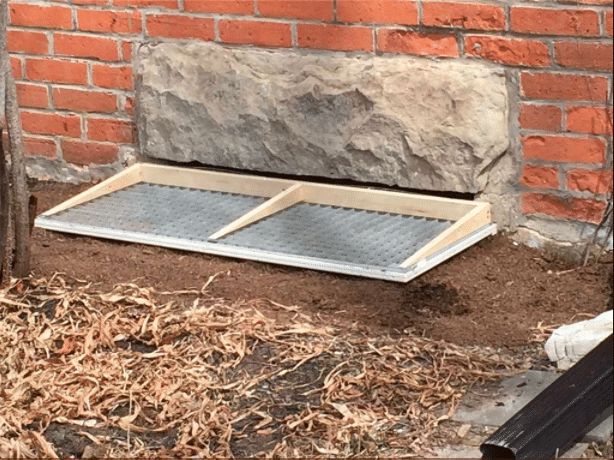 Our customer in Toronto, Ontario, had an issue with the current condition of their basement window well. They were not happy as it was visually unappealing. They had a custom well that had a plastic cover over the top that was not fitting correctly.

After meeting with Ron Monk, System Design Specialist, our customer had a chance to look over some options. They chose to install a SunWell Enclosure. This product is a polycarbonate enclosure that will not rust, rot, or corrode. The white colour and shape of the system will reflect the heat and allow more natural light to enter into the basement. A safety gate is fitted to the well and protects against falling into the well as well as keeping the well clean from any debris. 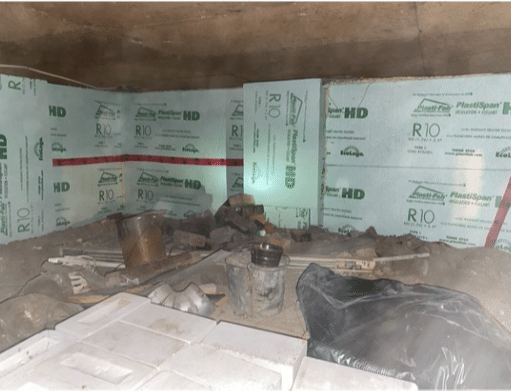 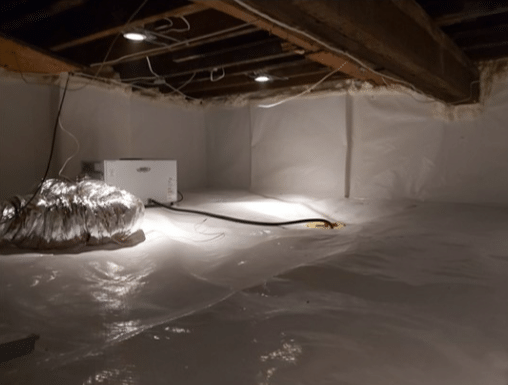 Crawl spaces are a great asset for a home to have. Some houses have them instead of basements, while others come equipped with both. They’re great for storage, but sometimes the nature of how they’re built can cause a few problems.

A customer in Toronto, Ontario, was looking to renovate his basement, but wanted to deal with his crawlspace first. The small space couldn’t be used for storage due to moisture and the floor above was constantly cold. Concerned about mould growth and humidity, the customer reached out to Clarke Basement Systems.

System Design Specialist Ron Monk met with the customer and designed a solution to eliminate the moisture and insulate the floors above.

Foreman Dave Jackson and Installation Specialists Alan Murphy and Bryan Richards started by laying down drainage matting on the dirt floor, giving water an easy way out. To keep the space dry, Dave and his team encapsulated the entire space with CleanSpace® Vapour Barrier and installed a MoistureLoc® Dehumidifer to keep the relative humidity around 50%. Lastly, SilverGlo® Insulation was placed on the walls to insulate the room and allow for walls to be built directly on top.

The customer is extremely thankful for the work done. He can start using his crawlspace for storage, giving him the room to start his basement renovation. 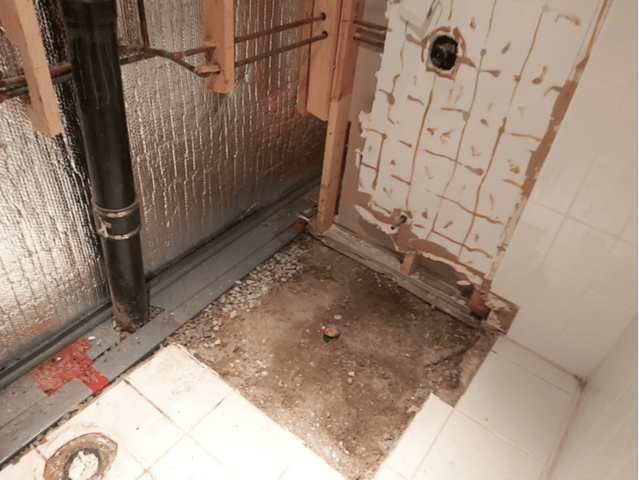 When you have no plans of leaving your current home, you want it to be as comfortable as possible. This can mean new floors or a bathroom renovation, or it could be something as important as waterproofing a basement.

In Toronto, Ontario, a customer reached out to Clarke Basement Systems after dealing with groundwater seepage around their early 1900s home perimeter. They had to remove a section of drywall every so often due to mould and water damage, and they were ready to redo the entire basement.

System Design Specialist Ron Monk met with the homeowner and completed a thorough inspection of the building and property. Ron determined the water was coming in through the floor/wall joint and seeping down the foundation, and he designed a solution to keep the entire space dry.

Foreman Dave Jackson and his crew, Installation Specialist Alan Murphy and Bryan Richards, started by installing a full perimeter of our WaterGuard® Drain System. This sub-floor drain catches seeping water and carries it to the brand-new SuperSump® Sump Pump, where it’s expelled from the home. To add insulation and a moisture barrier, the walls were encapsulated with ThermalDry® Wall Membrane. Lastly, an IceGuard® Discharge Line was installed to remove water and prevent any backups due to freezing.

The customer and his wife are happy they decided to reach out to Clarke Basement Systems, and they can’t wait to refinish their basement. 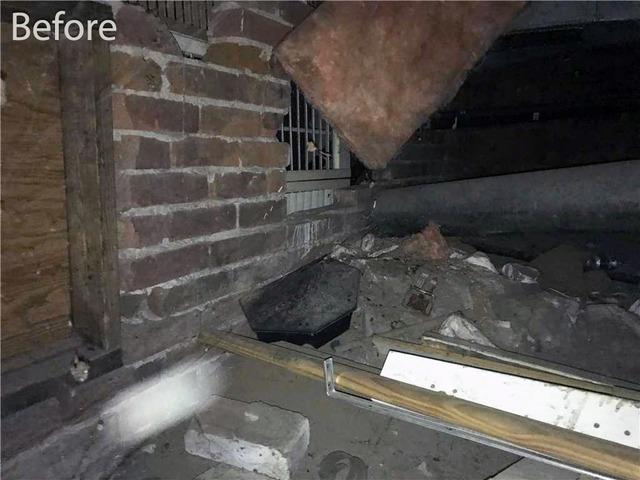 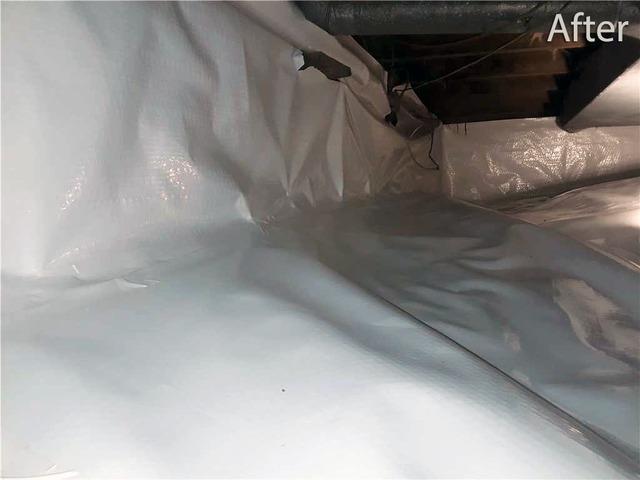 Living away from family can be tough. Our lives can take us to different places across the world, and we may not end up seeing each other too often. It can be worrying, but it’s nice knowing that they’re doing well.

An elderly couple in Toronto lives in a 100-year-old home with a dirt floor crawl space. Their son lives abroad, but he was concerned for their health. The dirt floor was allowing moisture to seep into the crawl space, and the air quality was only getting worse. The musty smell was present throughout the entire house, so the son reached out to Clarke Basement Systems for a solution.

System Design Specialist Ron Monk met with the couple and inspected their home. He showed them some of their options, and they decided on a system to keep their crawl space dry and prevent odours from spreading.

Foreman Lucio Flores and Installation Specialist Dymytro Bohatyrov first laid down CleanSpace® Drainage Matting across the entire crawl space floor. Drainage Matting allows any moisture that comes up from the ground to seep back into the groundwater. Once the matting was installed, the entire crawl space was encapsulated with CleanSpace® Vapour Barrier. CleanSpace® keeps the dirt floor, and foundation walls contained, preventing any odours or water from entering the crawl space, and subsequently, the rest of the home.

Both the son and the parents are happy with the final product. The son can continue to live abroad without worrying about his parents, and the elderly couple can happily and safely continue to live in their home.

Waterproofing a Basement to Renovate in Toronto, ON 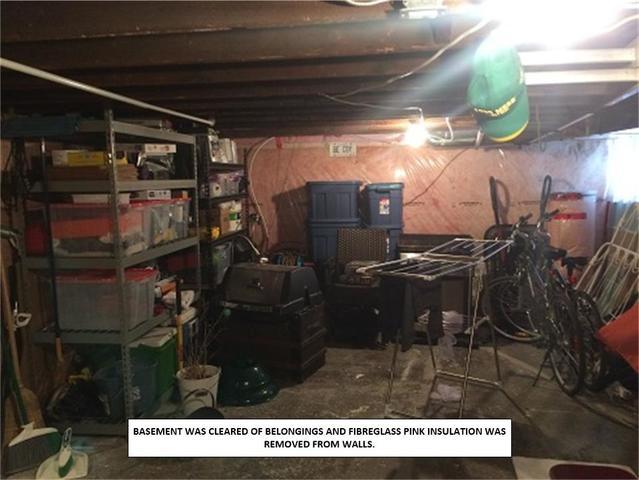 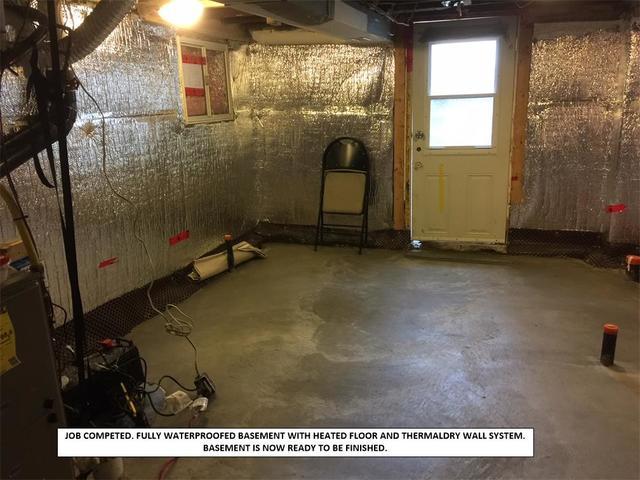 The Waterguard captures water at the footing wall joint and drains the water to the SuperSump/UltraSump sump system. The Thermaldry wall membrane helps reduce relative humidity and ensure wall leaks and any moisture are drained into the Waterguard installed in the floor.  The SuperSump and UltraSump is a 2 pump sump system. It protects against pump failure and power loss to the home. It is installed with the Iceguard that protects the system in cold weather.

The customer was happy because they were able to refinish the basement knowing the whole basement was going to stay dry. The homeowner was also very confident with Basement Systems 25-year dry nationally backed transferrable basement warranty against groundwater seepage.