Lifting a Driveway in Mississauga, ON 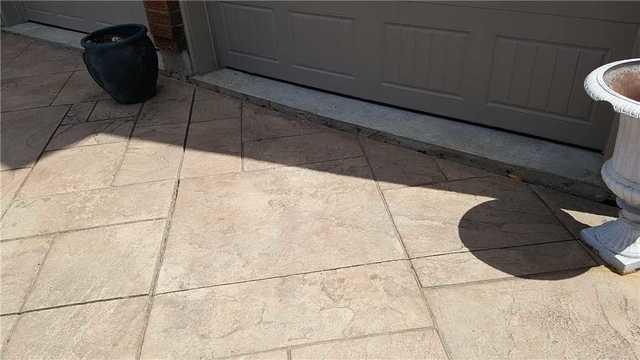 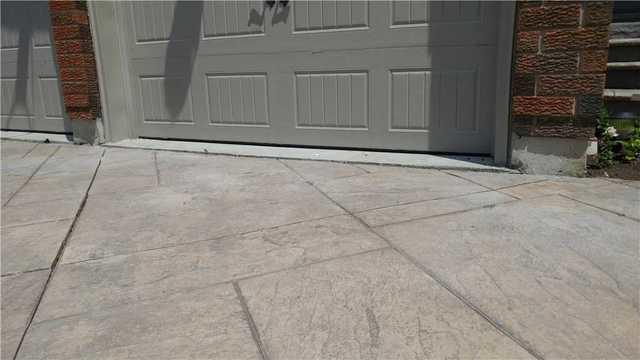 The driveway had sunk at the base of the garage making it challenging to enter a vehicle. Our customer wanted to fix it before it got worse causing significant damage. PolyLevel® was injected under the concrete to lift and stabilize the sunken driveway. This injection works by compressing the loose soils under the slab and forcing the concrete to lift. The driveway is now level with the entrance to the garage. 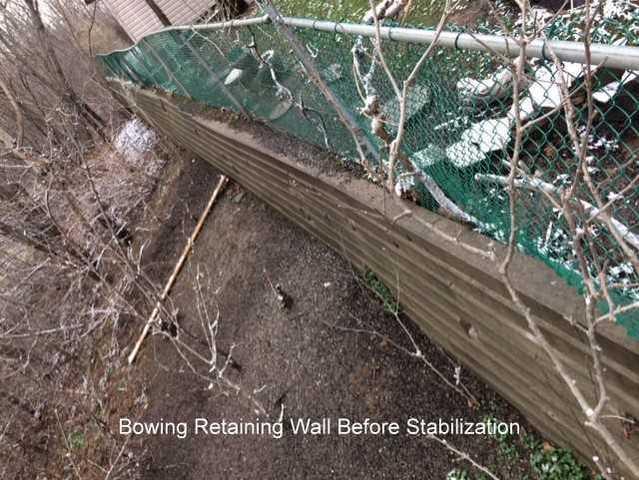 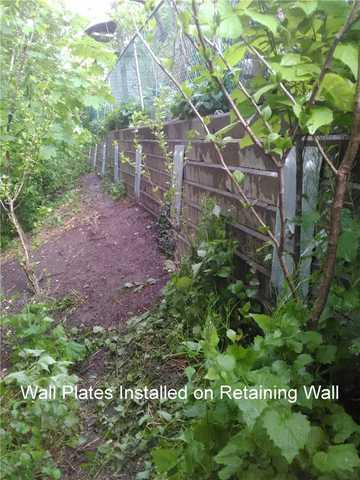 A homeowner in Mississauga, Ontario, had a retaining wall in the back of their yard that was starting to bow in a way that was potentially dangerous. They were worried that if it were to fall over it would be very expensive to replace. The customer knew they needed a quick and reliable solution. They called Clarke Basement Systems to find a solution for their foundation issues. Our Foundation Supportworks Team came in to stabilize this retaining wall permanently. We installed Geo-Lock™ Wall Anchors, extending from the ravine at the back of the property through the retaining wall into the yard. Now, the retaining wall is stable, and the homeowner now has the peace of mind going forward that their retaining wall will never move again. 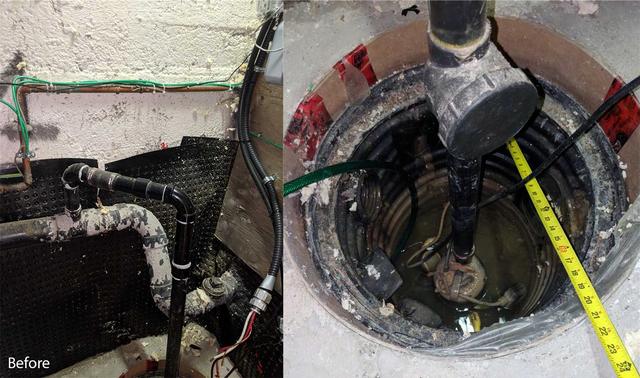 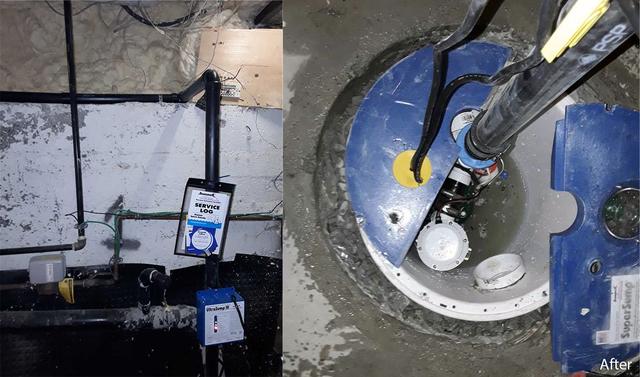 A homeowner in Mississauga had recently purchased a 170-year-old home. He and his wife were moved in and ready to entertain guests, but there was one problem. They had a stinky sump pump. Their entertainment room was in their basement, but guests were hesitant to go downstairs due to the smell. Frustrated, the customer reached out to Clarke Basement Systems.

The couple had Clarke Basement Systems install a sump pump at their previous home and were looking for the same solution. System Design Specialist Alex Barnik met with the customer and explained the different types of sump pumps. After deciding on a SuperSump® pump and an IceGuard® Discharge System, Foreman Lucio Flores worked hard installing the new products. The couple is extremely satisfied with the new sump pump, and they can now entertain in a smell-free basement. 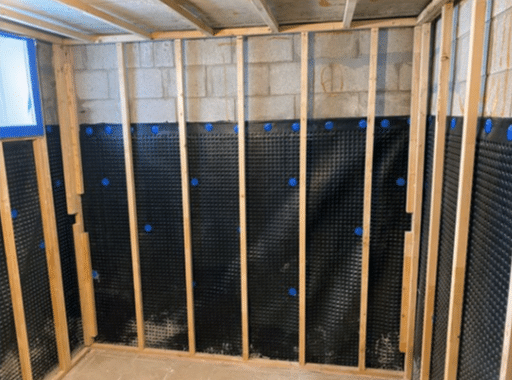 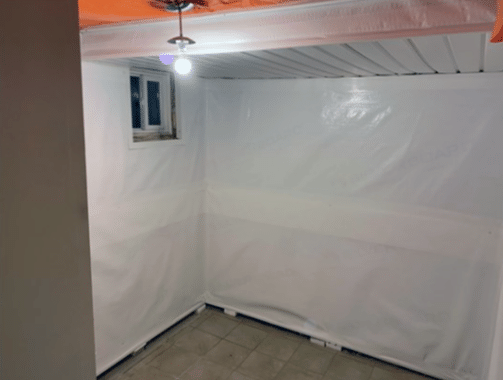 The presence of mould is an alarming discovery. Mould can lead to a slew of health problems, and always indicates the presence of water. While mould and mildew removal can be costly to deal with, it’s nowhere near as bad as the cost of letting it get worse.

A customer in Mississauga, Ontario, found mould growing in her cold room. She loved having the space for storage, and wanted to finish the room, but dealing with the mould and water was her first priority. She had previously had the room waterproofed by another company and was disappointed that the work didn’t address the leaking ceiling.

Looking for a solution, she reached out to Clarke Basement Systems to set up a free estimate. System Design Specialist Ron Monk met with the customer and inspected the cold room. He used our Cold Room Encapsulation System to design a unique solution for her cold room.

Foreman Don Clarke started by encapsulating the cold room with CleanSpace® Vapour Barrier, giving the walls an airtight seal and catching any water. The CleanSpace® is connected to vinyl ceiling panels that catch water coming from the ceiling before draining it into the CleanSpace®. From there, the water is drained through the floor where it seeps back into the ground. A vent connects the cold room to the rest of the basement, allowing fresh air to enter and disperse the humidity.

The customer is happy that she can comfortably move forward with her basement renovation. She can finally use her cold room, and the extra space adds value to her home. 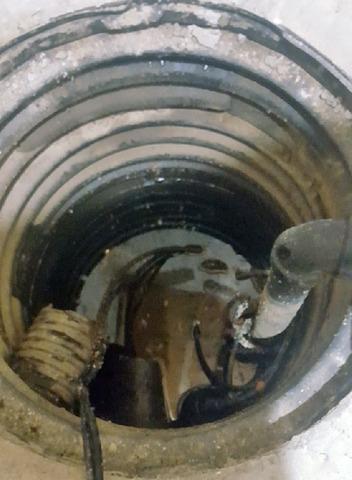 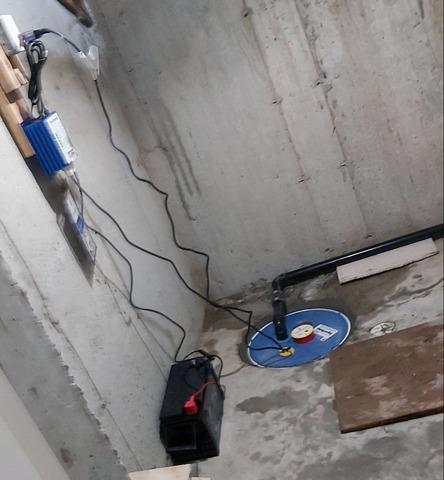 Peace of mind is something we all strive for in our homes. When you travel for work and frequently leave your home vacant, peace of mind becomes that much more important.

A customer in North York, Ontario, had been living in his home for almost eight years. He had never given much thought to his sump pump, but over the last couple of years, it had been making some unusual noises. The homeowner was away from home for work every month, so the last thing he wanted was to come back to a flooded basement.

He reached out to Clarke Basement Systems and met with System Design Specialist Chris Tunney. Chris inspected his basement and recommended our TripleSafe® Sump Pump System. The customer was relieved to hear this system came with three backup pumps, and he booked a date for the installation.

Foreman Dave Jackson started by removing the old sump pump. He installed our SuperSump® Pump, made up of two motors, into the pit. Next, Dave set up the UltraSump® Battery Backup pump, which runs even in a power outage. To complete the repair, Dave poured fresh concrete around the top of the sump liner to relevel the floor.

The customer is happy to finally have some peace of mind when he leaves for work. He’s happy he chose Clarke Basement Systems and appreciates the work done by the entire team.